Elderly Underworld Cannabis Growers On the Up Nationwide

British Grandmother Grows To Support Herself 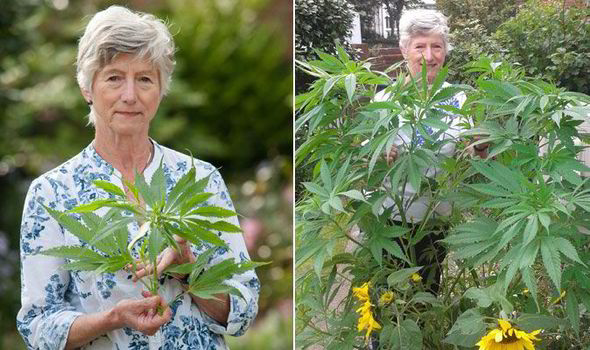 Not the Grandma from the documentary but this one grew hers accidentally.

These days, it’s not uncommon to come across cannabis users who’d rather than pay for the buds they crave decide to set up a few plants at home. Even in countries and regions where it is not permitted, cannabis users in growing numbers find it’s safer, easier and more affordable to grow their own. And just as long as they don’t get carried away with the number of plants they have at home or decide to move into distribution, they often slip nicely under the radar.

But at the same time, there will always be those who take things to extreme levels and raise the eyebrows of even the most devoted cannabis advocates. One example being a British grandmother on disability benefits, who recently hit the headlines after stating that she is earning no less than £400,000-a-year growing cannabis for drug gangs. As far as she’s concerned, getting away with it all is pretty much a walk in the park given the fact that she knows she’s the exact opposite of the kind of person the police would suspect is up to this kind of thing. What’s more, she also stated during the new documentary by VICE that she’s far from alone.

Link – SNP Votes To Decriminalise Cannabis For Medical Use 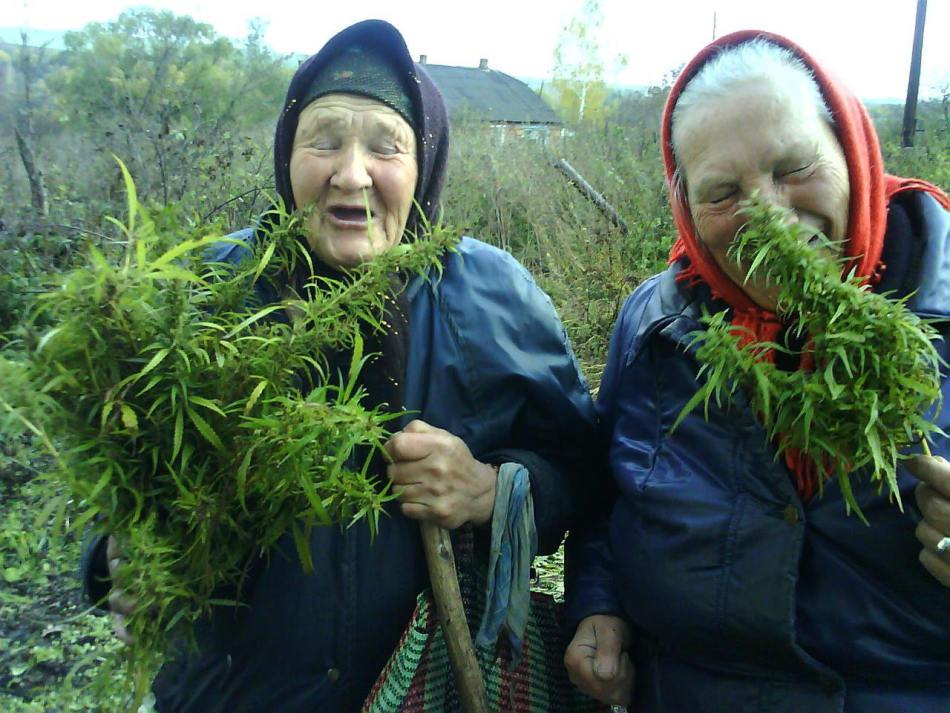 Indeed, she spoke of a growing number of “groppers” up and down the country who are cashing in on the fact that not only are they considerably less likely to arouse suspicion, but also the fact that demand for cannabis up and down the United Kingdom is accelerating at its fastest ever pace. Indeed, research shows that even among seniors, demand for quality cannabis has never been higher.

Speaking to the presenter of the documentary, she gives a guided tour of her hidden facility and industrial equipment she users to grow 16 impressive plants in each room. And given the fact that she has six growing rooms all in operation at any one time, she’s taking home somewhere in the region of £400,000 every year. All, as far as she’s concerned, with little to no chance of ever being busted by the police. Which is partly to do with the fact that she’s not seen as the typical kind of person who would be into this kind of venture, also partly to do with the fact that her family apparently has strong links to the criminal gangland underworld of Birmingham.

She told the presenter of the documentary that really the only thing that concerns her is keeping her electricity bills as low as possible. Lucky for her, she has also nailed this particular problem by coming up with a way of ‘rigging’ her electricity meter so it shows considerably lower usage than she has actually used.

‘Rig your electric, where the meter itself can stop, or if you’re next-door to an empty house, rig it up to next-door and cover the room so that the light is not detected,’ she said to Matt Shea, presenter of the documentary.

Far from shameful or even remotely nervous about what it is she’s doing, she absolutely relishes the opportunity to invite both the cameras and the presenter of the documentary into her home. She clearly feels it is about time the public in general was provided with a more realistic and accurate depiction of how things actually go down in the British drug production and distribution industry.

The presenter is shown into her home, which in terms of first impressions is pretty much exactly how you would expect it to be. Comfortable living spaces, family photographs and so on and so forth. As she begins to explain the line of work she is in, she talks about the way in which drug gangs across the United Kingdom are now routinely turning to female pensioners, given the way in which there are exponentially less likely to arouse suspicion than young men.

‘It’s less likely for them [police] to think that a woman is a drug grower…I just grow it, dry it, sell it on.’

No Fear, No Problem 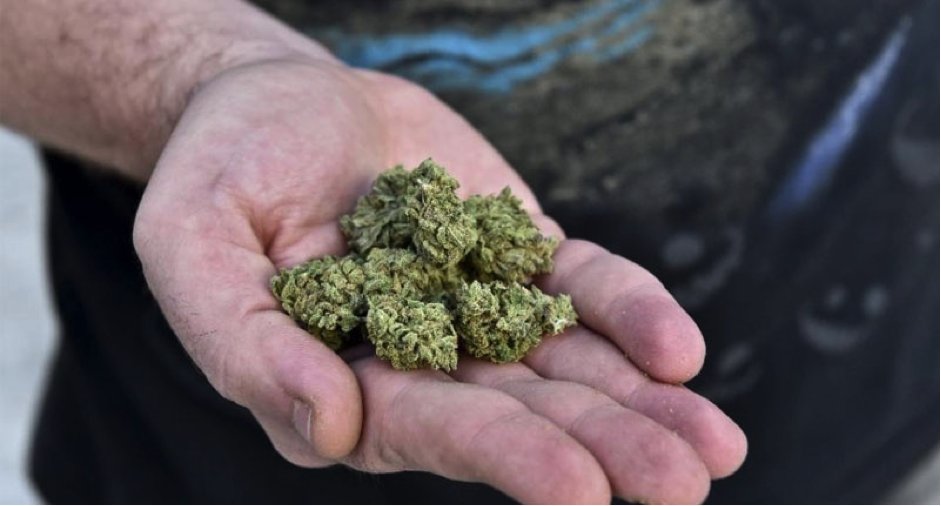 No fear? No problem.

So it’s clear that she has absolutely no concerns whatsoever with regard to getting caught in the act by the police, but what about the other criminal gangs in the locality? Now more than ever, criminal gangs are investing in heat-seeking cameras and remote control drones, in order to see which properties in the area may be hiding cannabis farms which they themselves may decide to raid.

Indeed, the documentary itself shows a clip of a criminal drug gang showing off their technology, boasting that it is as easy as taking a few aerial shots or video clips, waiting until they know for sure that the cannabis plants will be reaching their peak and simply busting into the property and stealing them.

Once again however, this doesn’t seem to be something that has this particular pensioner worried. 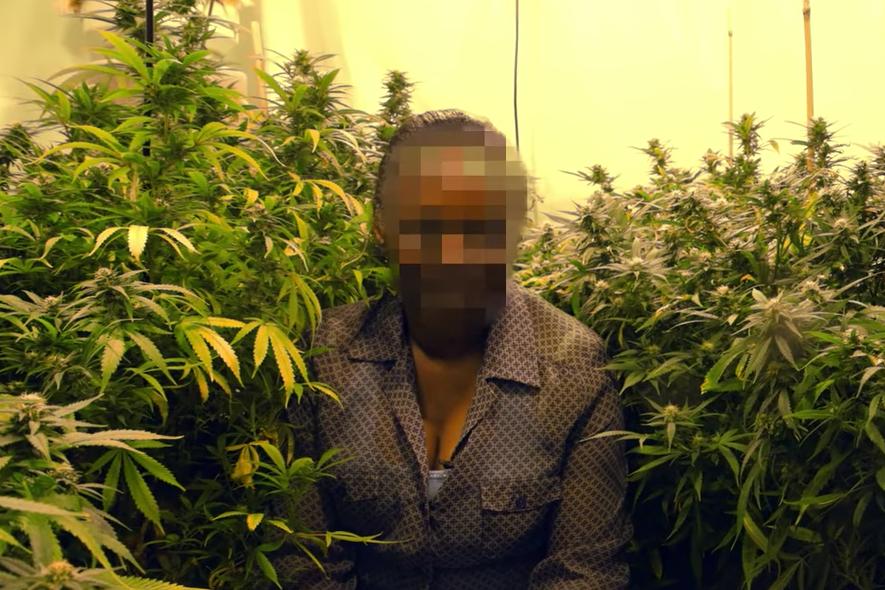 It’s after this then she takes the presenter into the growing room itself, which has been kitted out extremely professionally with the latest technology to create premium growing conditions. In addition, the room has been insulated to such an extent that not only does it provide the plants with exactly what they need, but it also makes it difficult or impossible for those outside to pick up on the heat within.

She is surrounded by plants that are almost as tall as she herself is, which she says are currently producing a bumper crop of incredibly powerful Skunk. She also states that the plants growing in her other cultivation areas feature various strains, including high-quality Cheese and Blues.

‘I’m on disability, three kids with one dependent going to uni September, so it finances me, finances the kids and finances my immediate family,’ she said.

Tim Farron, leader of the Liberal Democrats, also makes an appearance in the video and speaks openly about his own views regarding cannabis legalization in the United Kingdom.

‘It is illegal because there is a fear amongst politicians who are very often franlkly pretty shallow and chicken about attacking an issue and dealing with an issue where very often they end up getting bad tabloid headlines if they do.

‘For me all the evidence says that whatever anyone thinks about cannabis that the regularisation, the legalisation of it would make more sense in terms of tackling criminality.

‘You would tax, of course, the sale of cannabis and our best guess is that we would bring in something like a billion pounds of tax revenue a year in England and our commitment is that we would spend that money on the NHS.’

Watch the Vice documentary on “Groppers”

Link – SNP Votes To Decriminalise Cannabis For Medical Use