Double Celebration for the International Church of Cannabis in Denver 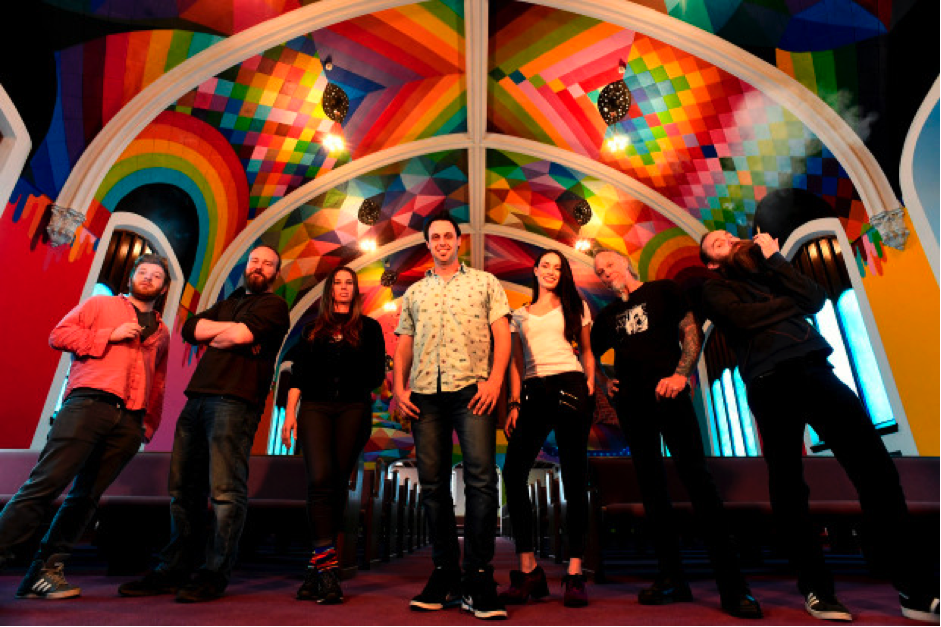 For the most part, the Colorado cannabis community has had a lot to celebrate as of late. What’s been a figuratively religious experience for some, has recently become an actual religious experience – for the people of Denver, at least. This April brought about two more well justified reasons for celebration for the International Church of Cannabis in Denver, which started making headlines across the US quite some time ago.

For one thing, 20th April brought about the long-awaited official opening of the church. In the early afternoon, the gorgeous 100-year-old building was opened to the public and reporters alike, sporting all manner of incredible paintings and adornments to be marveled upon. At the time, patrons were not permitted to use cannabis in the venue.

One of the International Church of Cannabis founders said that somewhere in the region of 100 people came to check it out.

However, after the public event finished at 2pm, the church made preparations for a private-invite event scheduled for 4:20pm. Thursday being April 20, of course, the time and the date had very special significance for the church and those that went along.

Exactly how significant or otherwise the whole 420 thing is remains a matter of heavy debate, but Steve Berke, the church’s media relations director, said this wasn’t something these folks were questioning a great deal.

“It’s a number that everybody’s adopted, and we’re adopting it too,” he said.

The private event at 4:20pm allowed invited guests to light up and get high in the church for the first time.

What was also hailed as a cause for celebration was the fact that a legal challenge to the legitimacy of the church was shot down in flames that very morning – just as quick as it was proposed in the first place. So it was just the kind of day the church and its founders had been hoping for – one with absolutely no legal roadblocks and the kind of widespread media attention that works wonders.

With reporters having visited the church from all over the place, visitor numbers quickly quadrupled from around 50 to more than 200 within the space of a few days.

Colorado The US Bellwether for Cannabis

For the US as a whole, Colorado is seen as something of a bellwether state when it comes to cannabis policy and the effects thereof. Having given the green light to recreational cannabis back in 2012, they’ve been modifying, tweaking and working to perfect their own cannabis legislation ever since. Shy of a few critics who still can’t (or won’t) see things for what they really are, it’s all proved to be an incredible success story.

Nevertheless, it still remains illegal to smoke pot in public areas across the state, though the decision-making process has to a large extent been left to individual cities to sort out for themselves. Which has, inevitably, led to a fair amount of confusion and conflicting rules/regulations from one city to the next.

The religious non-profit group behind the church, Elevation Ministries, was founded by Mr. Berke and Mr. Molloy. They told reporters of their motivation for setting up the church in the first place, while stating that the institution does not adhere to any specific faith or religion.

“We thought we could do something different, something unique,” Mr. Berke said.

Cries of the Critics 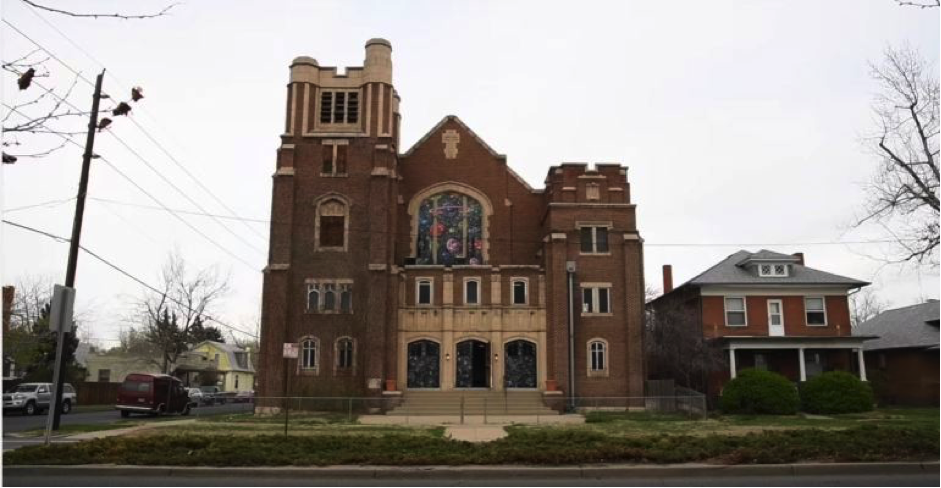 Of course, not everyone thought the church was a good idea and nor was there unilateral support for its creation and opening. Dan Pabon, a Democrat in the state’s House of Representatives, was attempting to add an amendment to an in-process bill on April 20th, which was ultimately geared toward prohibiting the use of cannabis in churches outright.

“Elevation Ministries is basically leveraging and capitalizing on the usage laws that we have in Colorado,” he said.

“I think it offends both religious beliefs everywhere, as well as the voters’ intent on allowing legalization of marijuana in Colorado.”

Interestingly, Pabon didn’t go so far as to produce any specific evidence to support his claims and nor did he give any real indication that he’d bothered to gauge public opinion. Instead, he simply assumed that the idea could ‘offend’ religious beliefs across the state…something that didn’t go down well with some of his counterparts.

“I thought that this was engaging in a nanny state,” said Joe Salazar, a Democrat.

“I completely disagree with saying that a person can worship in one particular way or the other, and that that’s going to be regulated by the state.”

On the plus side, the amendment never got past the initial stages and so never really posed much of a threat to the International Church of Cannabis. However, Pabon insisted that it was a matter he intended to keep open and would like to see it brought up for discussion once again over the weeks to come.

By this time, the church will no doubt have hundreds, maybe even thousands more patrons.

As far as the founders of the church are concerned, both the remarks and the intentions of Pabon amount to nothing more than religious persecution.They pointed out that given the way in which cannabis is now legal across the city, the idea of attempting to exploit anything for the purposes of smoking pot would be fundamentally nonsensical.

“For those who accuse us of creating a church as an excuse to smoke weed, we’re in Denver,” Mr. Berke said.

“We can smoke anywhere. I think he should be embarrassed.”

As for Mr. Salazar, he admitted that things are a little on the unpredictable side at the moment and for the most part, Colorado and its citizens are making things up as they go along. At the same time, they’re also setting an example the rest of the country and the world is watching closely – in some instances, following.

International Church of Cannabis a Masterpiece

Even with the comparatively liberal laws of Colorado, many of those trying to make something of the expanding legal cannabis industry are still finding it unnecessarily convoluted.

“We’re jumping through all the hoops the state and city require us to jump through,” said Mr. Molloy.

“It’s a world-class piece of art,” he said when describing the church he’s invested so much of his time and effort in renovating.

“It’s a masterpiece. And I think the city of Denver is lucky to have it.”